This week I came across a r/GIS reddit post with a unique problem that I wanted to expand on further and show how easy it is to use open source GIS libraries to solve any spatial problem.

The poster's question was the following...

I have several thousand polygons and several thousand points that need to be snapped to certain places on those polygons. There's 12 different locations on each polygon where a point should be. I was wondering if someone knew a way to specifically have points snap to a specific location on a polygon en masse.

The poster also provided the following graphic to better explain the problem he was trying to solve. 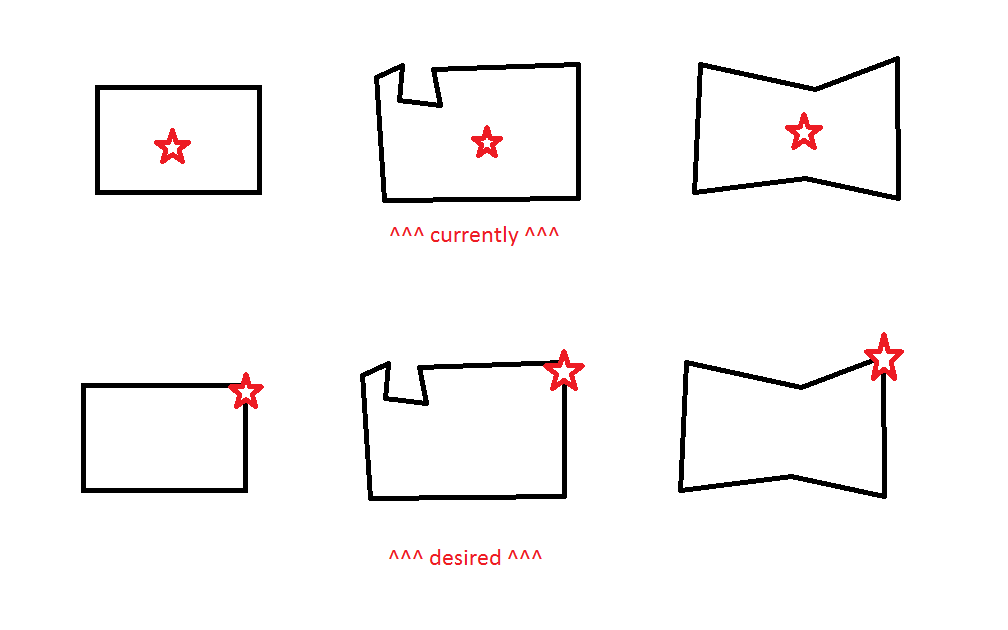 One thing that I enjoy most about the combination of Python with GIS is how quick and easy it is to produce a solution to a unique problem that in this case was going to take days of manual work to produce. Even if the proposed solution doesn't solve his problem perfectly, hopefully it would provide a significant time savings.

When the problem is relatively simple my two favorite tools these days for GIS analysis are PyShp and Shapely. PyShp can read and write shapefiles, including the geometry and tabular data, and Shapely can do the heavy lifting with spatial analysis. Originally I had started with the idea of using Shapely, but the solution was simple enough that just the PyShp library with the standard math library were sufficient for this exercise. PyShp can be installed easily with pip.

As we break down the problem a couple of things stand out:

1) Our output will be a single point for each input polygon.

2) The desired point location must be on the original polygon itself.

3) Based on the graphic, the poster wants the northeast coordinate point.

In this script the distances calculated for shapefiles in geographic coordinates are not true distances (vs projected coordinate systems like state plane or UTM), but it is close enough to provide a valid solution for this problem.

In order to test this approach, I am going to use a shapefile from the US Census Bureau of all US counties. The shapes are similar to the original poster's graphic, and there are several thousand shapes.

See below for the code in detail.

It was surprising how fast this algorithm ran (less than 3 seconds) over a non-trivial dataset (detailed polygons of all US counties). PyShp is a pure python library, which makes it easy to install and very pythonic in library design (as opposed to the GDAL library python bindings). But that also tends to make it slower than a library like GDAL. In this case, performance was not an issue.

See below for the output produced. As with any kind of script like this, it's always important to review the results and test multiple datasets. There might be areas where the answer given is not what the original reddit poster was looking for... some US county shapes seem to produce a point that is not necessarily the northeast corner of the shape. 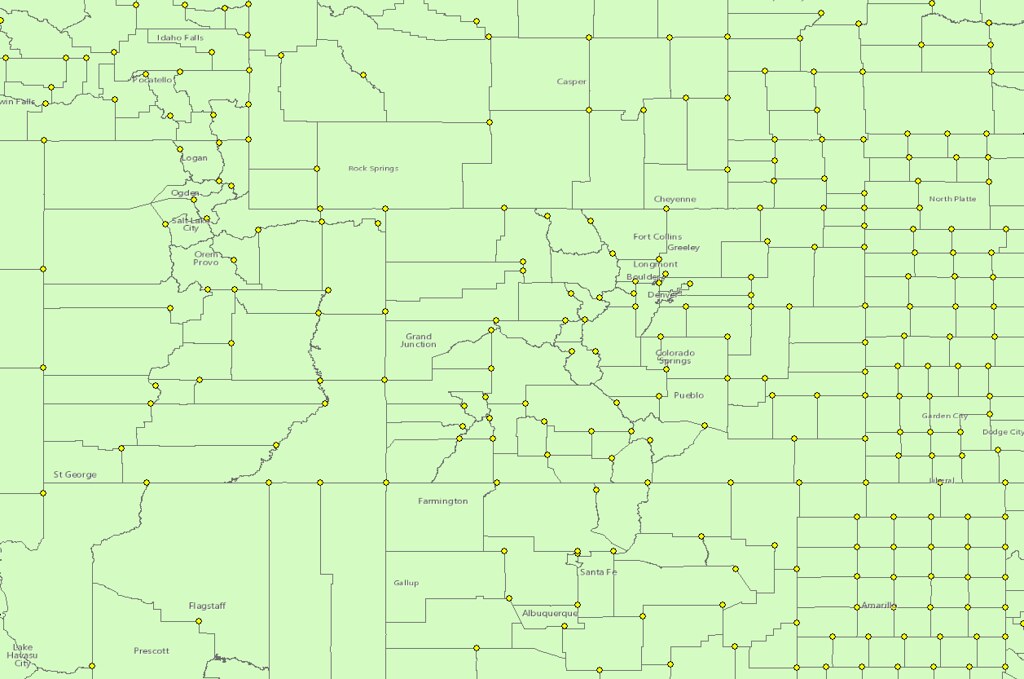 After posting a response on reddit, I did receive feedback that this simple Python script was able to save the original reddit poster from hours of drudgery, clicking on thousands of shapes.

As a reader, if you have any questions or feedback about using open source GIS libraries, please respond in the comments!

And remember that use of scripts on here is always user beware. There is no warranty or guarantee that comes with these scripts. And always be kind... Nobody likes having free things thrown at them...